Facts About Contraception You Never Knew 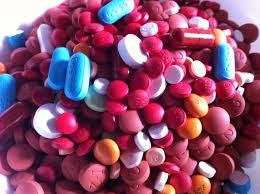 Contraception is the process of preventing a woman from becoming pregnant when she has sex. It is also the use of a device or procedures to prevent conception as a result of sexual activity.

What is Birth Control, it’s types and functions?

Birth control types are generally methods that help prevent sperm from meeting an egg (ovum). Its primary function is to prevent pregnancy and also to control the number of births (children) one intends having. There are various methods to birth control.

There are basically three types of birth control. They are:

These methods use hormones to prevent ovulation in a woman.

Amongst all hormonal birth control methods, oral contraceptive pills are the most used.

Other severe complications include:

This method prevents fertilization of the egg by a sperm cell by either killing sperm cells or through a physical block. They may be used in combination with other barrier methods for greater effectiveness.

Side effects of Barrier Methods of Birth Control:

·         If using a diaphragm and spermicide, there could be increased risk of developing UTIs(Urinary Tract Infections)

·        Allergies to chemicals used in spermicide creams or other products. They could cause irritation of the vagina or penis.

·        Leaving a diaphragm or cervical cap in for too long (more than 24 hours) increases risk of toxic shock syndrome.

This method involves keeping track of a woman’s menstrual cycle to determine her next ovulation period and avoid sexual Intercourse (or using barrier methods) during that period.

They include the use of:

There are various ways used in detecting ovulation:

·        Checking and Recording the consistency of Vaginal discharge

This method tends to be the least successful as they require accuracy and consistency in order to check, record, track and understand the results.

For men after Vasectomy, it is usually advised they use a barrier method or other birth control methods for 10- 12 weeks or 15-20 ejaculation.

It is a medication or device used to prevent pregnancy after unprotected sex has happened. It should be taken within 72 hours after Intercourse. They are otherwise referred to as “morning after pills”.

Side effects of Emergency Contraception:

They are implantable devices that create unpleasant environment in the lining tissues of the uterus.

Side effects of IUDs depend on the type of IUDs used. They include:

·        IUDs that contain hormones may cause headaches, acne, breast tenderness

Can you get pregnant whilst using any Birth Control Method?

Generally, birth control can either be permanent (irreversible) or temporary (reversible). The pros and cons of various birth control methods should be weighed alongside the ease of use, risk factors, effectiveness, financial costs and side effects of each method.